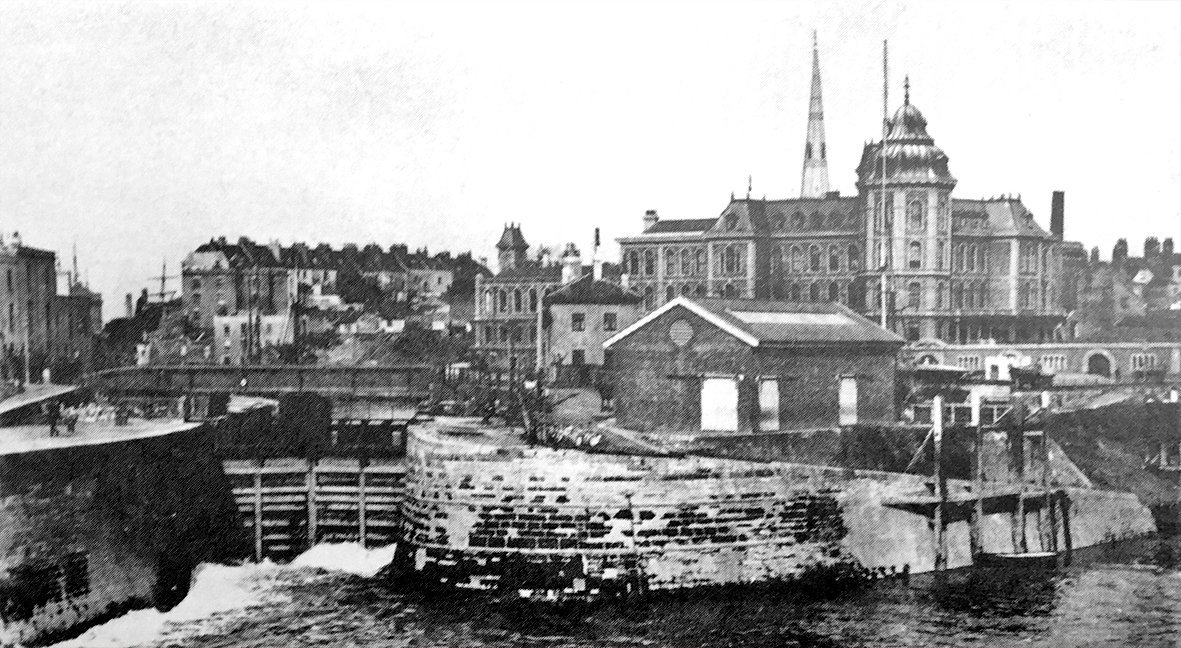 Known as Merchants Quay since the 1980s when Merchants Landing housing was built. It  was originally built as a wharf in 1876 and known as Upper Railway Wharf before becoming Bathurst Wharf.

Bathurst Basin from the Grove

Note there is only a footbridge on the site of the Commercial Road Bridge.

The lock was sealed off from The Cut in 1939 for fear bombing would empty the harbour.

When in 1868 work started on a new, larger North Lock in 1868 (‘Howard’s Lock’) the 1863 Jessop Lock bridge was removed,  shortened and re-erected over the entrance to Bathurst Basin. This is now known as the Commercial Road Bridge.

The steam powered bascule bridge built in 1872 for the dockyard railway was replaced by the pedestrian bridge in 1964.

The bridge’s steam-driven machinery was fortunately saved and is held in the reserve collection of M Shed Museum.