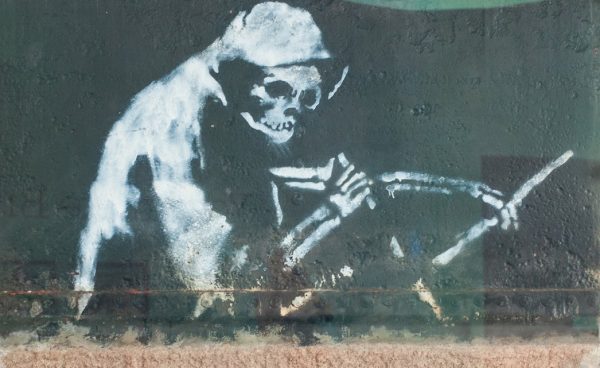 In 1735 the Great Crane of Bristol was erected on the side of the new Mud Dock, and in the 1742 edition of his Tour, Daniel Defoe refers to this crane as being ‘the workmanship of the late ingenious Mr Padmore’. It is possible that Padmore had died a little earlier, in about 1740, for a minute of the Committee of the Society of Merchant Venturers for the 18th of October of that year notes that Mrs Padmore attended and offered to sell a crane ‘which is already made’.

The Great Crane was demolished during the building of the floating harbour in the early nineteenth century.

Barges loaded with hogsheads of tobacco being towed. Each barge has a ‘watcher’ on board. Tobacco unloading shed at Mud Dock on the left.

This unpretentious house boat is moored at Mud Dock West. However, it has an interesting history.

The name Endres Gane, comes from Philip Endres Gane, the proprietor of a designer furniture manufacturer in Bristol which engaged in many philanthropic ventures. The Gane family believe he was named after his uncle, Philip Endres, who was the German husband of his father’s sister Eliza, including his surname as a middle name. PE Gane was Chair of the Fire Brigade Committee for several years before his death in 1933. It is probable the committee and, his son, Crofton Gane (who was present at the launch) saw an opportunity to commemorate his father but dropped the Philip.

and for Bristol Fire Boats